A Brief History of Tourism for All / Accessible Tourism

The problem of access to tourist facilities for disabled persons has been recognised as a Europe-wide problem at least since 1990, which was declared The European Year of Tourism. The “Tourism for All in Europe” Conference held that same year stated:

“…indirect interface between tourism organisations and representatives of disabled people’s groups will be a major step forward in this area, shifting emphasis from ‘social needs provision’ and allowing people with disabilities (and their families) to enjoy the same access as able-bodied people to a full range of tourism resources”

However, the development of accessible tourism began even earlier. The late 1980s saw the emergence of an international movement by the name of Tourism for All. It is said that the movement was triggered by the “Baker Report”, which was published by the English Tourist Board in 1989. The Baker Report recommended to the English tourism industry to make its services accessible to all customers, regardless of their ability or disability, age, family or financial situation.

In the period that followed, several other European organisations began to focus on these and similar issues. Within a very short space of time, the Tourism for All campaign was taken up and developed in several countries around the world, taking on country-specific names such as Tourisme pour tous (France), Tourismus für Alle (Germany), Tourism for All (UK), Turismo per tutti (Italy) and Turism för alla (Sweden).

The common denominator and the philosophy of this concept was constituted by the request for a “quality” supply.

Tourism for All equates to “Quality Tourism “.

The demand for quality and comfort is not contradictory to accessibility, indeed the contrary is true.

In order to create a good product, environment or service that can be used equitably by all people, it is necessary to take into consideration the needs of the broad range of potential users. This was the objective set by the Nordic Council of Ministers in 2002, in their declaration:

“Everyone should be able to travel to the country, within the country and to whatever place, attraction or event they should wish to visit.”

The European Union named 2003 as the European Year of People with Disabilities. It was a “watershed” year in many ways, with many successful campaigns, events and happenings all over Europe.  In this context, a Group of Experts was set up by Mrs. Anna Diamantopoulou, Member of the Commission in charge of Employment and Social Affairs, with the mandate to prepare a report with concrete proposals for how to address accessibility within an increasingly diverse and ageing society.5

The report focussed on promoting accessibility as a means to contribute to the success of the European strategy of “economic and social renewal” launched three years previously at the Lisbon European Council. The European Union committed itself to modernising and reinforcing social cohesion and social protection as a key to deliver more and better growth by 2010. And to make Europe a better place to live. The report was thus linked closely to addressing disability issues as key elements of the EU’s “Lisbon strategy”, based on the four strategic goals: raising competitiveness, achieving full employment, strengthening social cohesion and promoting sustainable development.

The first EU “Disability Action Plan” (2003-10) recognised that each sector of government should establish policies and actions that address accessibility for people with disabilities. This led to numerous actions at EU and national levels, in which “sector responsibility for accessibility” was widely adopted. In the tourism sector, achieving ‘tourism for all’ depends on the integration of a number of policy elements in several policy areas. These areas include industrial policy, regional- and national development policies, disability policies and employment policies. Also, environment, transportation, Information and Communication Technologies, and education policies (relating to the training of architects and planners in Universal Design) could be added.

During those years a number of EU funded project were funded to tackle the issues of accessible Tourism (as EU.FOR.ME “Leonardo Da Vinci” project or I.T.T.I “Leonardo da Vinci” transfer of innovations), and at the end of a EU funded project in 2008, the European Network for Accessible Tourism (ENAT) was born as a multi-stakeholder organisation to tackle the issues of accessibility, representing tourism destinations, suppliers and people with disabilities at the European level.

In July 2008 the European Commission proposed EU-wide legislation to protect citizens from discrimination on grounds of age, disability, sexual orientation, religion or belief in the areas of social protection, education and access to and supply of goods and services which are commercially available to the public.

The proposal for a new EU Directive built on Article 13 of the Amsterdam Treaty, which allows for EU legislation to ensure that a minimum standard level of protection against discrimination is applied across all Member States.

In terms of access to goods and services, only professional and commercial services are included. This would bring travel, tourism and hospitality services into the scope of the Directive. Letting of rooms in hotels is specifically mentioned in the Explanatory Memorandum as an example of a commercial service.

The proposal pointed out that service providers must anticipate the needs of the public, in order not to discriminate, either directly or indirectly, against customers.
– “Effective access for disabled people to social protection, social advantages, health care, education and access to and supply of goods and services which are available to the public, including housing, shall be provided by anticipation”.

However, the Explanatory Memorandum to the draft Directive went on to say: “This obligation is limited by the defence that if this would impose a disproportionate burden or would require major changes to the product or service, it does not need to be done”.

Disproportionate burden would need to be assessed on a case-by-case basis.

The Treaty of Lisbon, which came into force on 1st December 2010, embodied a number of amendments to the Treaties of Rome, Maastricht and Amsterdam on the functioning of the European Union. This treaty, for the first time, gave “supporting competence” to the European institutions (Parliament, Council and Commission) to carry out actions to support, coordinate or supplement Member States’ actions in the area of tourism.

This provided a legal basis for a number of “Preliminary Actions”, funded by the European Parliament addressing subjects including Social Tourism (the “Calypso” action) and Accessible Tourism.

In 2014, three large-scale “mapping” studies were commissioned in the European Union related to Accessible Tourism. These focused on 1.  Skills Requirements in Accessible Tourism; 2. Market demand and Economic Impact of Accessible Tourism (with projections to 2020); and 3. Mapping the Supply and performance Check of Accessible Tourism Services in Europe”. These studies demonstrated the need for new training programmes to meet the needs for tourist with access requirements. In addition, from the results of market studies at national and international level, as shown below, it was shown that the potential market represented by people with disabilities and older visitors is of great significance, especially considering the demographic ageing of populations in developed and developing economies. Each study also produced a number of case studies that identified “good practices” in skills and training, accessible tourism business development and accessible tourism destinations. These are available at the website of ENAT – the European Network for Accessible Tourism6.

Persons with disabilities and older people are very significant market segments, whose travel frequency could be increased should the conditions for a safe and accessible offer be fulfilled.  If the demand is met satisfactorily the economic return and employment rate could both be improved by the additional spending of these groups. By adjusting their business strategies and offers to the demand from these segments, tourism operators can gain significantly from the long-term demographic increase in the accessible tourism market.

Customer care is one of the key factors that should be addressed: to satisfy a customer with specific access requirements means, first of all, to understand which those requirements are, by trying to fathom their specific nature in order to respond appropriately to his/her requests and prepare an adequate product/service.

Another very important factor is the possibility to ensure an integrated offer by a tourist product chain which meets, in all its elements, the needs and the demands of tourists with disabilities, and by a service supply chain that can be enjoyed as a whole and in its individual elements.

5See: 2010: A Europe Accessible for All. Report from expert group set up by European Commission http://www.accessibletourism.org/?i=enat.en.reports.442

Prev What is Accessible Tourism?
Next From Rights to Business, Tourism for All as an Opportunity to Grow 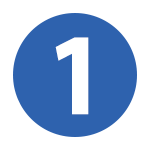 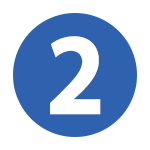 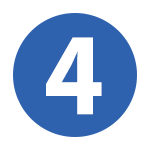 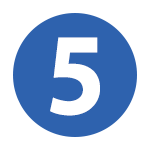 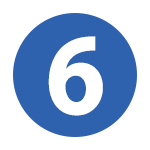